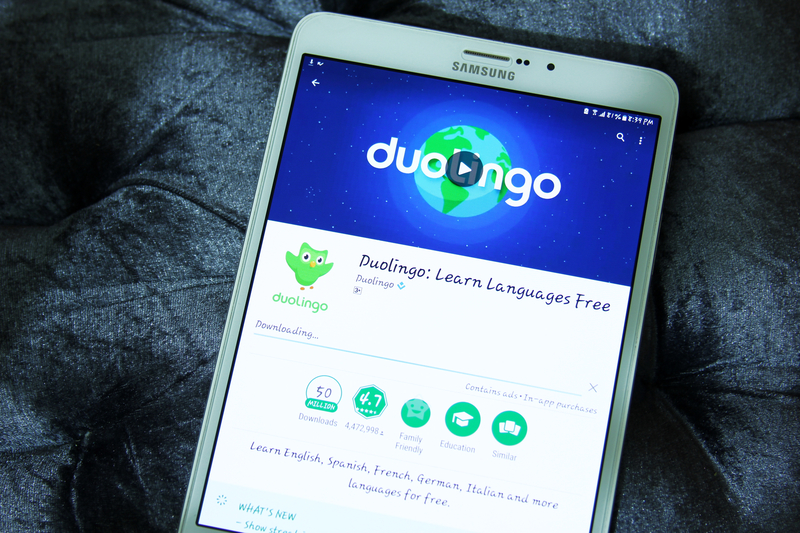 The Truth about Learning a Language Online

There are more than 7,000 languages all over the world. There are 230 languages spoken in Europe, but almost 2,000 across Asian countries.

There are more than 7,000 languages all over the world. There are 230 languages spoken in Europe, but almost 2,000 across Asian countries.

Papua New Guinea, a country with a population of only 3,9 million people, there are more than 830 different languages! So, with all of this diversity, which were the most spoken languages in the world in 2020?

This question is answered by the new Duolingo Language List Report. The Language Report includes 500 million students in all 194 countries, and 39 different languages. The data is based on the period between October 2019 and September 2020. It describes how interest in learning a different language has changed over time, mainly in response to the global pandemic.

The Impact of COVID-19

When lockdown forced the world to remain at home due to the COVID-19 pandemic, education systems worldwide changed dramatically with the distinctive rise of e-learning. With languages, it was no different. According to Duolingo, around 30 million new people started to learn a new language in the weeks after lockdown."During lockdown, learners around the globe looked for ways to feel connected, and so millions of people began learning a new language", said Duolingo’s Senior Learning Scientist, Dr. Cindy Blanco

The Most Popular Languages in The World

English is the most widely spoken language in the world, studied in 121 countries. As a second language, it is often connected to a better career and educational opportunities, being considered the language of business, travel, and international relations.

You may be surprised to know that Spanish is the second most widely spoken language in the world. That growth is probably due to the movement of people from many parts of the world in Latin America for tourism, immigration, and education, the reason why studying Spanish became more important than ever. French has dominated that position previously, but in 2020, the tables have turned in, and the official language of the majority of Latin American countries, Spain, and a part of the North American population has overtaken French. Now, Spanish is the most popular language to study in 34 countries. Au revoir, François!

The languages studied all over the world reflect immigration, history, economic opportunity, travel interests, and so on. These combined connections between people and languages are the reason why French is a popular language in parts of Africa and, while German is studied around the Balkans.

Korean is the world’s second-fastest-growing language in 2020, and the seventh most popular language. Curiously enough, the largest number of Korean language learners on Duolingo comes from the United States, China, India, Indonesia, and the Philippines, where an avid interest in South Korean culture and media continues to grow.2020 was a fantastic year for Korean pop culture, with the success of Parasite at the Oscars, and Bong Joon-ho’s taking home the Academy Award for Best Picture, and the rise of K-pop with BTS earning the first Grammy Award nomination for any K-pop group in history.Take a look at the global domination of Hallyu or the “Korean Wave”, which has contributed to the fast growth of Korean language learners around the world.

Duolingo pointed a notable increase in the study of Asian languages around the world, particularly in Hindi, Korean, Japanese, Turkish, and Chinese. These five languages are not only linguistically diverse, but they are also widely spoken by communities with a “growing presence in media and pop culture,” according to Duolingo. Cindy Blanco says that the data “tells the story of politics, social events, and cultural changes.”"Duolingo's data reveals where and when people began learning their community’s own language, studying to keep up with schoolwork, and trying out the languages behind some of our other favorite quarantine activities, like binging on Netflix and streaming music from around the world."

Can you guess what the most popular phrase of 2020 is? Duolingo asked its students to vote on the most popular phrase of the year, based on the courses they can find on the platform. The purpose was to rate the general mood of 2020.The winner phrase? "I am eating bread and crying on the floor" from a Norwegian course available on its platform.For more language trends, see the full Duolingo Language report here.