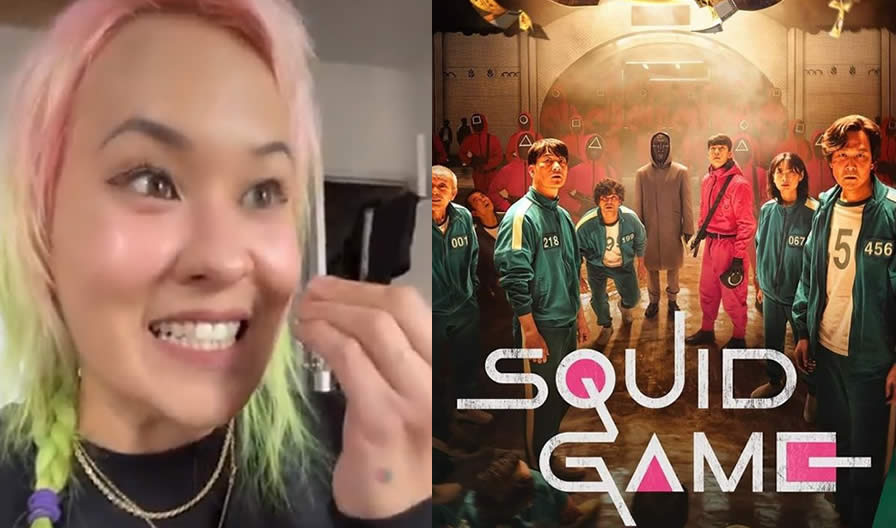 Since its launch on Netflix on September 17, Squid Game has become a global phenomenon due to its battle royale storyline.

Since its launch on Netflix on September 17, Squid Game has become a global phenomenon due to its battle royale storyline.The show tells the story of 456 people who sign up for a mysterious competition, risking their lives in deadly childhood games to win a massive cash prize. The dystopian is so popular that it is expected to become the highest-rated Netflix series ever.

However, despite the good response, people blamed Netflix for poorly translating the Korean dialogue of the show.The fluent Korean speaker Youngmi Mayer emphasized on a video that has been viewed more than 10 million times, some subtle differences between Netflix’s closed captioning and direct English translation, pointing out that there is a need for relying on on-screen subtitles to follow the story.

Not to sound snobby but i’m fluent in korean and i watched squid game with english subtitles and if you don’t understand korean you didn’t really watch the same show. translation was so bad. the dialogue was written so well and zero of it was preserved

The Translations Aren't What They Seem

“If you don’t understand Korean you didn’t really watch the same show. Translation was so bad. The dialogue was so well written and zero of it was preserved"said Youngmi Mayer on Twitter, highlighting how the English translations of the subtitles have resulted in the loss of meaning and erasure of mainstream Korean popular culture.

In one of Mayer’s tweets, she called the translation “such a shame”. When the character tried to persuade other players to play the game with her, the caption said, “I’m not a genius, but I still got it work out.” However, Youngmei explained that the line actually means “I am very smart. I just never got a chance to study.”This is an important metaphor for the Korean media. In this case, the translation error is the result of the lack of understanding about the culture of these characters.In another example of Mi-nyeo’s dialogue, she says “go away” in one scene, according to the subtitles. In reality, Youngmi suggests a better translation would be “what are you looking at?” instead.“You’re missing a lot of this character and what she stands for”, Youngmi added.

also i want to point out that the reason this happens is because translation work is not respected and also the sheer volume of content. translators are underpaid and overworked and it’s not their fault. it’s the fault of producers who don’t appreciate the art

As foreign language media become more and more popular, especially after the Korean-language movie "Parasite" won an Oscar in 2019, views of foreign language titles were up over fifty percent in 2020 on Netflix, that said the average USA viewer now watches three times as much dubbed content as in 2018, which underscores the importance of translation and dubbing casting.

Fans like Youngmi Mayer hope that the work can do more to preserve the language and cultural accuracy and give the English-speaking audience a little more trust. For example, if the audience does not understand something, they can check it out.She emphasized that this is not the fault of the translator, but the lack of working conditions and investment in accurate and high-quality translation.Denise Kripper, who has subtitled numerous television shows, said “Audiovisual translation, subtitling in particular, is limited to space constraints on the screen. In general, subtitles can’t be longer than two lines, that’s even fewer characters than a tweet. The most perfect of translations still needs to be paraphrased or adapted if it doesn’t fit within those spatial limitations.”

dude i don’t understand korean at all but i could tell that it was translated poorly; i could feel the substance being taken away

In another Youngmi’s video, she said the first episode’s title means “The day that the mugunghwa flower blossomed”, a reference to the game’s Korean name, “The mugunghwa flower has blossomed,” and a South Korean flower.But again, the English subtitles translated to “Red light, green light”, as the game is known in the United States. She said this erased its metaphorical meaning.Her complaint quickly sparked a wider debate, and many Koreans responded to Meyer’s dislike of English subtitles and subtitles—and believed that the translated program was fundamentally different from the original.

Michelle Cho, assistant professor of East Asian studies at the University of Toronto and researcher of South Korean film media and popular culture, explains that even if the translation is done well, the gap that still exists comes from how much it can be conveyed to audiences who are not familiar with certain cultural concepts.Translation has always been the act of accurately conveying literal speech and finding a balance between parallel thoughts, experiences, and concepts to refer to listeners who may be more confused than directly referencing information they don’t necessarily understand.

"This used to be a subculture, a niche, and now it has really become mainstream," she added. "It's very common to have a favorite show from outside your country." said Michelle Cho.

“I still think there’s so many big things missing from the narrative,” Youngmi said. “I understand there’s a cultural difference and there’s no time to explain things in full, but I saw a lot of people saying ‘I wish I knew what this meant.’ I think it’s doing a huge disservice to the writer that the translator, because of word economy, can’t include these cultural references.”Up to this moment, Netflix has not yet responded to these inaccuracies.