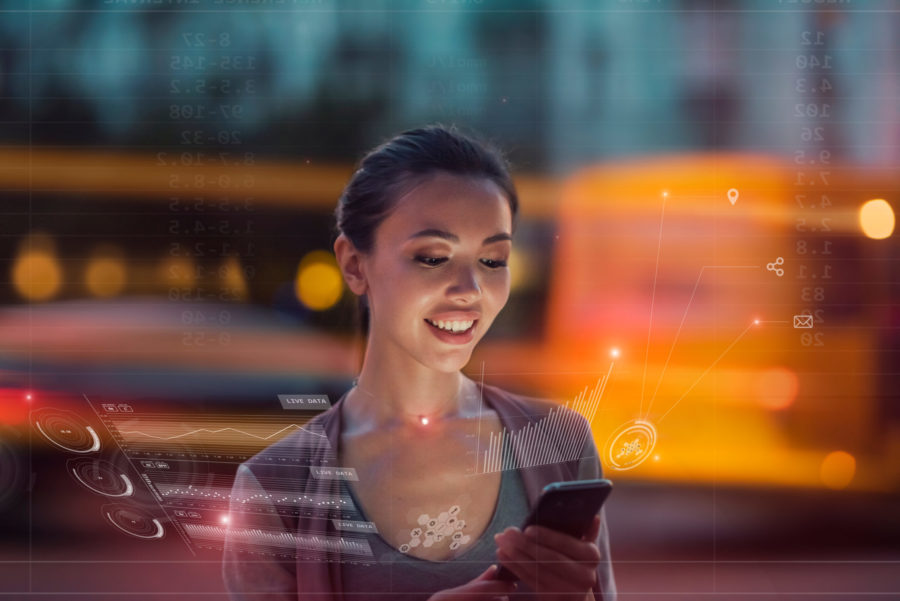 How Artificial Intelligence is changing the entire Machine Translation Industry

Machine Translation is a subject that many people know exists but do not understand what it is about. Yes, we know it is an automated translation, but do you understand how it works?

Machine Translation is a subject that many people know exists but do not understand what it is about. Yes, we know it is an automated translation, but do you understand how it works? The term, used to designate texts translated by software, is mainly used in computational linguistics.

‍As an automated tool, Machine Translation has the potential to change the entire translation field. That is because, due to its technological nature, it can significantly reduce the costs of the translation of millions of documents. This will, in turn, help companies grow internationally, catalyzing globalization.To do so, scientists have already used many approaches, such as rule-based and statistical servers. However, the future points to a much faster - and more efficient- way to translate automatically: by using Artificial Intelligence. Here is all you need to know about the matter!

Machine Translation, also known as MT, can be tracked down to 1629. This was the year that the French philosopher René Descartes started a conversation about a universal language. By using the principle of symbols and logic, Descartes proposed a new form of communication.

This universal language would be able to communicate equivalent ideas in different languages through one symbol. Originally, both Descartes and Gottfried Wilhelm Leibniz - a German mathematician - were thinking about numbers. However, as time passed, the concept of a universal language started to be applied to Machine Translation.

‍Since the 50s there has been much research conducted to translate mathematical texts into different languages. Eventually, this resulted in the modern form of Machine Translation. The 3 major approaches to Machine Translation are:

Rule-based MT first started being developed in the 70s. This approach is also known as the “Classical Approach” of MT and relies highly on linguistic rules. As such, it uses a plethora of bilingual dictionaries for each language pair. Rule-based Machine Translation focuses on mapping out the rules in different languages.

Statistical-based MT started being studied almost a decade after Rule-based MT and is based on statistical models’ parameters. These are developed through the analysis of a set of bilingual texts. Unlike Rule-based servers, Statistical based MT aims to create a pattern recognition and requires. Therefore, it requires a huge linguistic corpus to operate as intended.

‍These networks are learning algorithms that apply a nonlinear function to a group of inputs forming a layer. The operation generates outputs that will serve as resources for the next layer. There are multiple layers involved in the neural network, connected with weights/parameters. All of these layers get input with nonlinear features that increase possible combinations.

The training phase takes a few weeks, but the system can automatically correct its parameters. Once the output is generated and compared to the expected reference, you can send feedback to the machine and it will adjust the weight on the layers and the connections.

One needs existing translations to feed the Statistical Machine Translation system so it can generate the hypothesis.As you gather bilingual texts corpora to work as input, the SMT results might vary according to the quality of these previous translations.

‍ In the case of a less common language, it might be difficult to provide enough bilingual material to obtain good translations.Idioms, new slang and expressions, neologisms, language-play, and other components of literary and creative texts can also be a problem for SMT if these language uses aren’t present in the corpora used to train the system.

When word order from a source language is very different from the target language, results can also be less precise.Another disadvantage is that, once the system is implemented, it’s harder to fix bugs, as you need to restart it and check for other minor mistakes in data introduction.

Although the Rule-based, Statistical, and Neural approaches have their pros and cons, it is undeniable that they paved the way for what’s coming next in terms of Machine Translation.

If you do not know what we are talking about, here is a tip: it is heavily related to technology. The next generation of MT will rely on Artificial Intelligence and deep learning. And this is great news! AI and deep learning have the potential to transform MT and take it to a whole new level, as it will be able to make contextualized decisions in regards to the meaning of words and terms. AI will also make it possible for MT to better recognize patterns between a language pair. The entire translation process will not depend on translators alone - they will switch roles, becoming reviewers and testers of the output.

‍This will result in faster, cheaper translated documents, which will ultimately deliver better results and facilitate the communication between people who speak different languages. We could optimize the rate of words translated by 3,4, or 5 times than before - the sky's the limit! In this sense, it is also important to learn new ways in which we can measure the quality of the content translated.

One of the best ways to do so is by using the BLEU score, an algorithm capable of measuring the quality of automated translated texts. MT driven by AI and deep learning will make it possible for thousands of businesses to contemplate going global. It will also help international organizations to stay in the market and even enter others. As the cost will be significantly lower, companies will not have to make cost-based decisions when talking about what languages to prioritize.

Companies will be available anywhere in a localized manner. It seems great, right? And it is! Still, it is important to notice that we are talking about the future. We have a long way until we get to the point where we can relate solely to AI to translate. As with any other incipient approach, it will likely take a few years to fully develop this new technology - and some more to completely absorb the technique.

Of course, there are also a few challenges along the way. The role of a translator, for instance, will have to be almost completely redefined to not become obsolete. However, this also represents a great chance for these professionals to reinvent themselves.

We have to look at this as a challenge to overcome - not as a problem. That way, we will be able to enjoy the positive aspects that Artificial Intelligence and deep learning can bring to Machine Translation. By being open to novelty, learning, and adapting, we can turn MT into a deep social and economic transformation and re-emerge on the other side as more aware and better-equipped people able to conquer the challenges that we face. 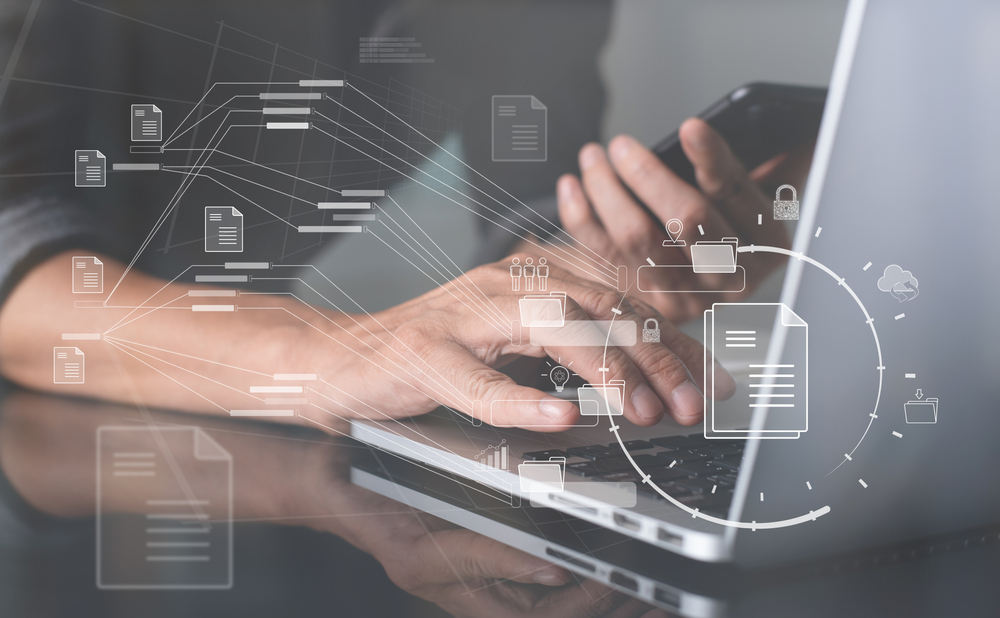 What is Translation Memory?

Translation memories are a powerful tool used in translation services to help streamline converting text from one language to another. Professional translation companies use this technology to save time, increase accuracy and reduce costs when working on any project. Internationalization development involves establishing a scale for a global audience. By creating a foundation that supports translation across all assets 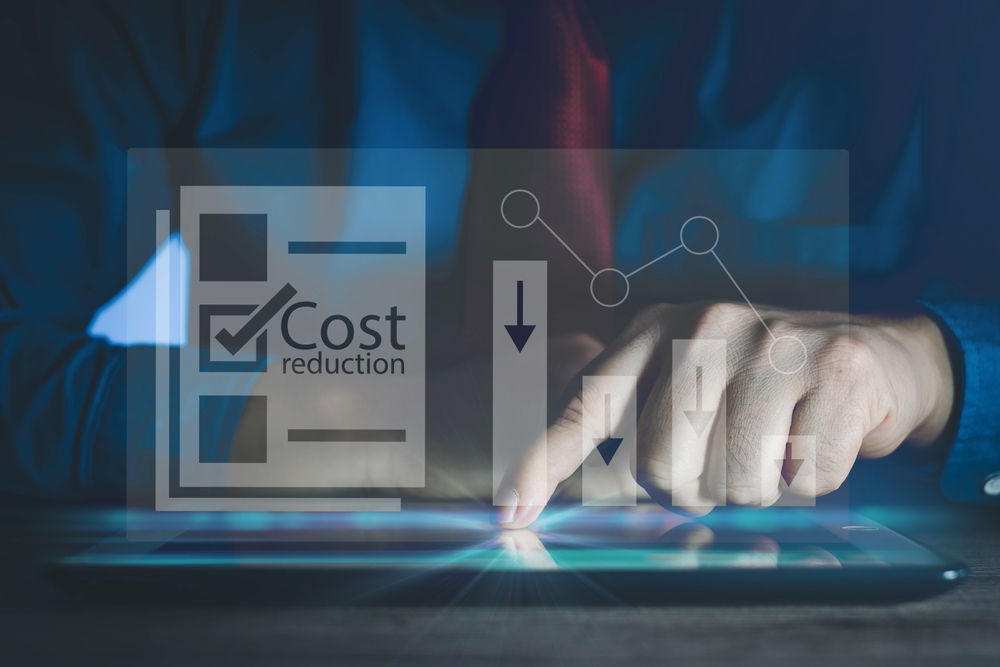 Large-global enterprises spend tens of millions of dollars a year on translation and localization. 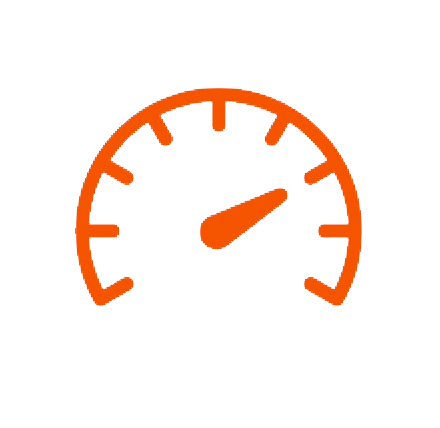 On December 10, 2021, a bug in Log4J, a ubiquitous logging mechanism present in many Java applications mas made public. 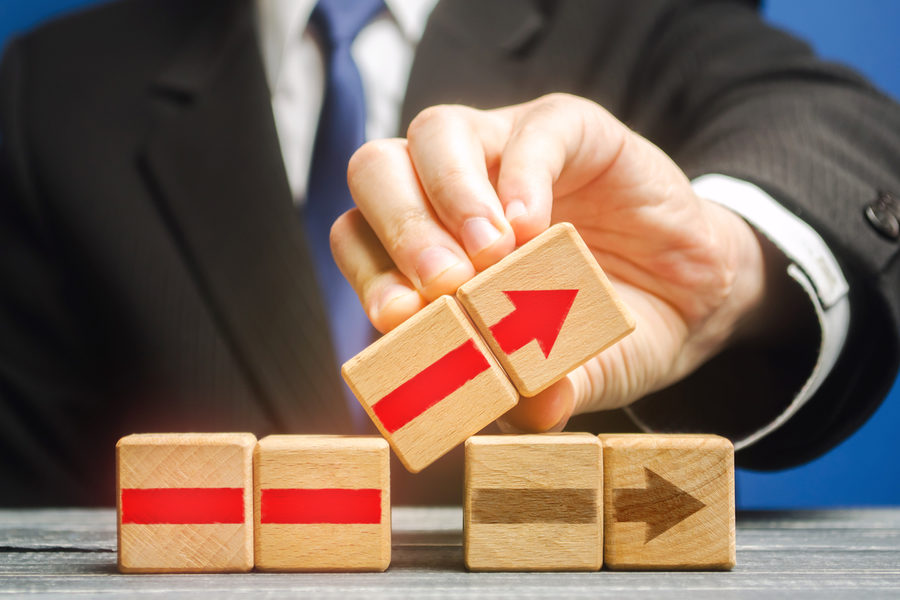 5 Reasons Why Bureau Works Is a Perfect Translation Backup Provider 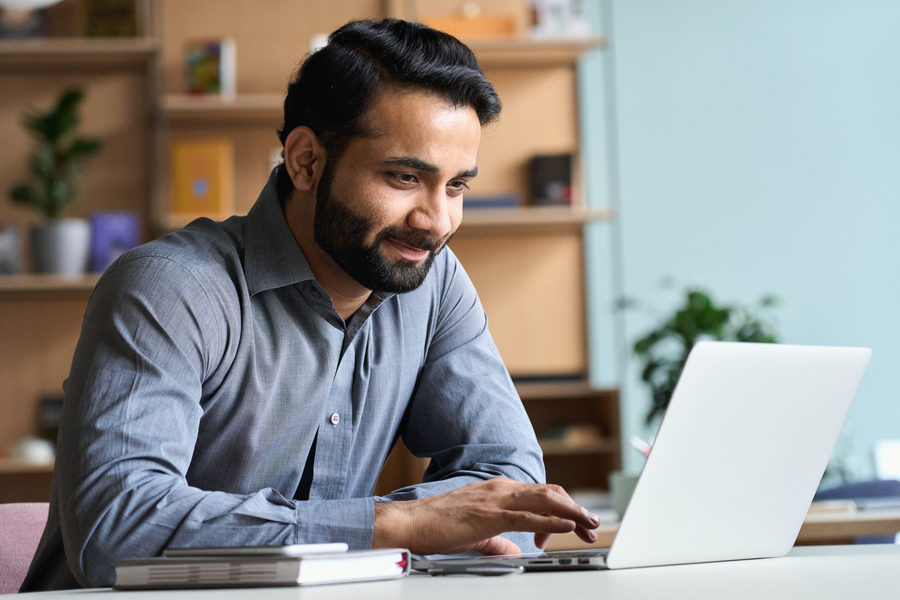 What is software localization?

Software localization refers to all of the complex processes required to make a software product available in more than its original language. 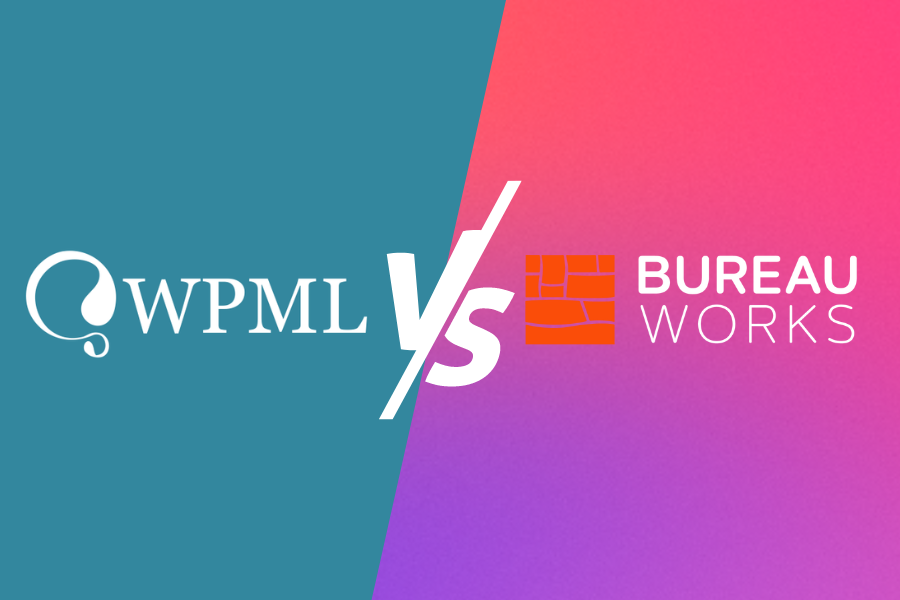 What is the difference between WPML and Bureau Works?

WPML allows users to set up a language selector, export/import content for translation in XLIFF format, and simplifies what would otherwise be an arduous, manual process. 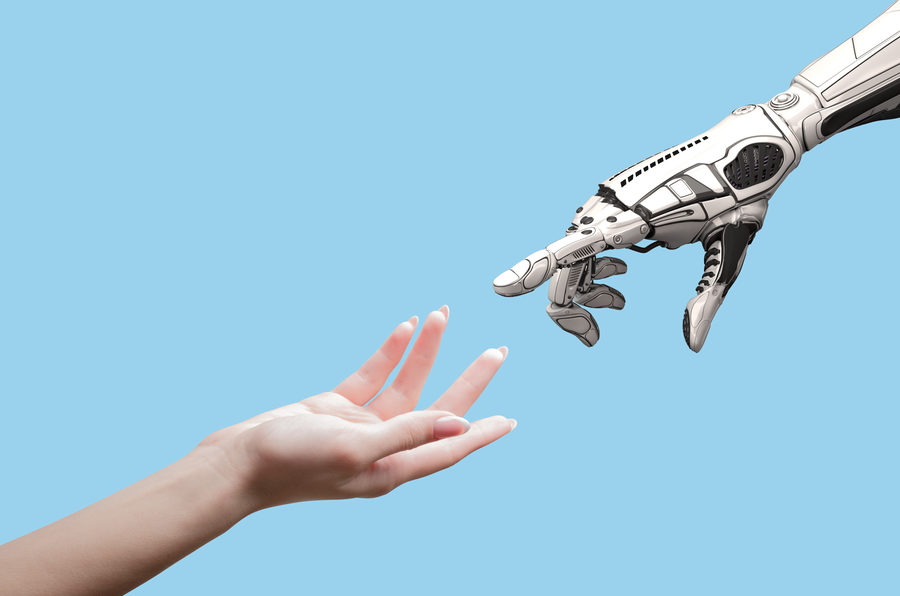 A good CAT tool will work as the translator’s best friend/assistant. 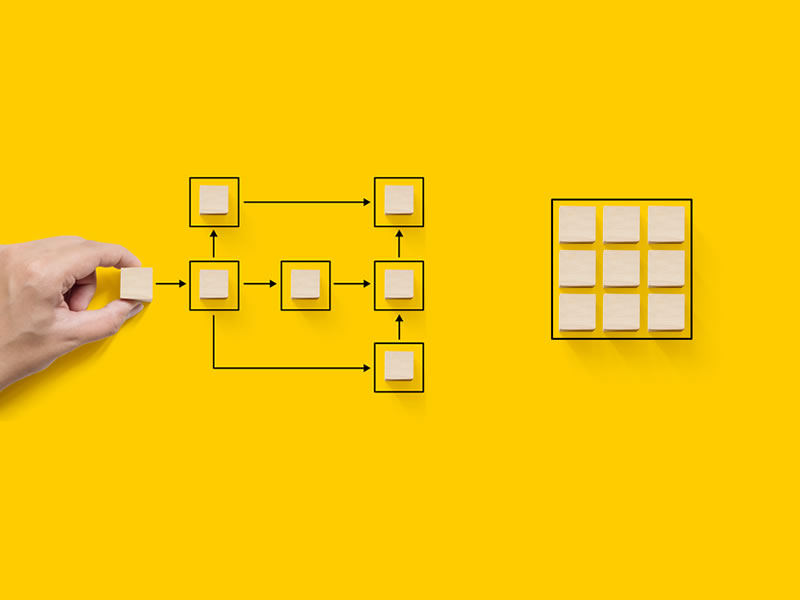 What kind of Localization Tech Stack do I need?

Before we answer this question let’s address the paradigm divide that lives within the question: the process-first vs. the software-first paradigm.