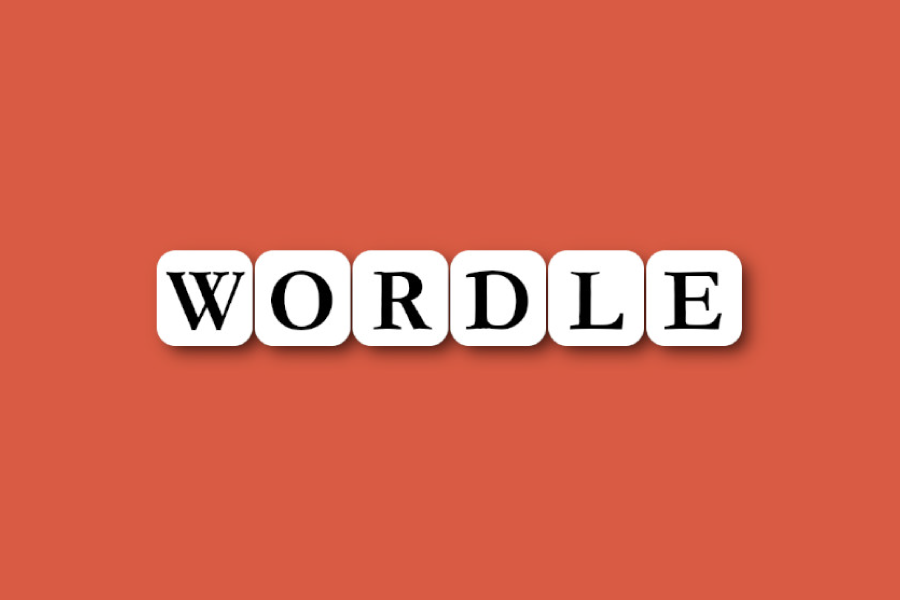 Wordle: everything you need to know about the new game that is taking the world by storm

If you are using social media the past few days, you were probably overwhelmed with people talking about their scores on Wordle.

If you are using social media the past few days, you were probably overwhelmed with people talking about their scores on Wordle. Everyone has heard about the game, but not all of us know exactly what it is. Created by Josh Wardle, Wordle - a pun with his own last name - was originally a guessing game for him and his partner. Quickly, though, it took the entire English-speaking (and speakers) part of the world by storm.

As we mentioned above, Wordle was created by Josh Wardle, a man who knew his partner loved guessing games and wanted to make one of their own. After a few months playing it, the couple released the game in the family’s Whatsapp group. It did not take much time until all of them were obsessed - that was when Josh figured out he should release it for everyone to play. This was in October 2020. On November 1, 90 people played the game, according to a New York Times article. On January 1 - just two months later -, Wordle was played by more than 300,000 people.

to me you are wordle pic.twitter.com/HulaCrBVyZ

The word "day" will be replaced with the word "wordle" because wordle to wordle is how I'm measuring time now.

"I'll see you in two wordles""Have a great wordle""It's been a tough wordle, time to unwind""The wordles are long, but the years are short"— rabia O'chaudry (@rabiasquared) January 12, 2022

When we put it like that, it may sound simple to create a puzzle game online. It is not that easy, as you probably guessed. How was it so simple for Josh Wardle then?Well, he is not new to the online world. Wardle was a software engineer for Reddit, where he created a number of social experiments, such as Reddit’s Button. Starting as an April Fool’s joke in 2015, The Button was actually one of the most popular communities on the website almost two weeks after its release.

What exactly is Wordle?

The game created by Josh Wardle is a word game where people have to guess words daily. It functions basically like a crossword puzzle - and that is probably one of the reasons why it got so popular so fast. Wordle is a simple and fun game that can be played by anyone that has access to the internet and speaks English. Simply put, every 24 hours, users all around the globe can guess the new word of the day. That is it. You will have six chances to correctly guess a five-letter word. The rules are also fairly simple. If you guess the right letter on the right spot, it shows up as green. If you put the right letter but in the wrong position, it will turn out yellow. If you choose the wrong letter, it will just show up in gray. The game gives you feedback after each try, and after

The Meteoric Rise of Wordle

It is no coincidence that Wordle became popular super fast. There are a number of factors that influenced this. Here is a breakdown of some of them.

Much of the popular aspect of Wordle is related to the game’s own nature. Crossword puzzles have been a hit everywhere since the beginning of the 20th century. Wordle follows the same recipe.

More than a regular puzzle, Wordle is played through a technological device. Although the game is played digitally, it is still fairly low-tech. Actually, if we compare it to the newest virtual reality games out there, Wordle seems almost outdated. However antiquated this may sound, it also means that Wordle is accessible to more people than the other games. Even a person who is not familiar with technology can download the game on any device and play it.

When a player opens Wordle’s website, there are no banners, no advertisements, no pop-up window, or any paid version of the game. It is just a black background where people can guess the words. That is it, plain and simple. “I think people kind of appreciate that there’s this thing online that’s just fun. It’s not trying to do anything shady with your data or your eyeballs. It’s just a game that’s fun”, the game's creator told New York Times.

After you correctly guess a word, Wordle encourages its users to share the results on their social media accounts. That is precisely the place where most people first heard about it. The game is particularly popular on Twitter, where it has an active community of players.

It is certainly helping Wordle that celebrities like Jimmy Fallon are also obsessed with it. If you follow the host on social media, you have probably seen his daily updates on the game. As his influence on people and public is much larger than the average, it is obvious that his presence in the game would help it become even more successful. Jimmy Fallon Tweet:

Who else is playing #Wordle? Addicted. pic.twitter.com/HJ7pt7WLmn

Being able to share your results and also play the same game as all of your peers brings a sense of community that is essential to success. This sense of community and belonging created a solid fan base that makes free advertising of the game. As more people talk about it, more people want to play. This simple logic is creating new users and generating profit for the game every day.

The rules are simple and you can not cheat. Every day a player can guess only one word on Wordle. This makes people want more and more of the game and avoids that the user over-plays it one day and then becomes tired of it. There is also more at stake if you have just one - well, technically, six - opportunities to correctly guess the word. As such, Wordle players are more committed to the task. Wordle is the latest game sensation in a world that almost every day has a new obsession. Following the opposite path of the latest tech games, Wordle relies on simple logic, a clean design, and an achievable goal. Even though it became wildly popular just two months after its world debut, Wordle still keeps the same strategies as in the beginning. A game meant to be fun and bring a sense of community to its players.