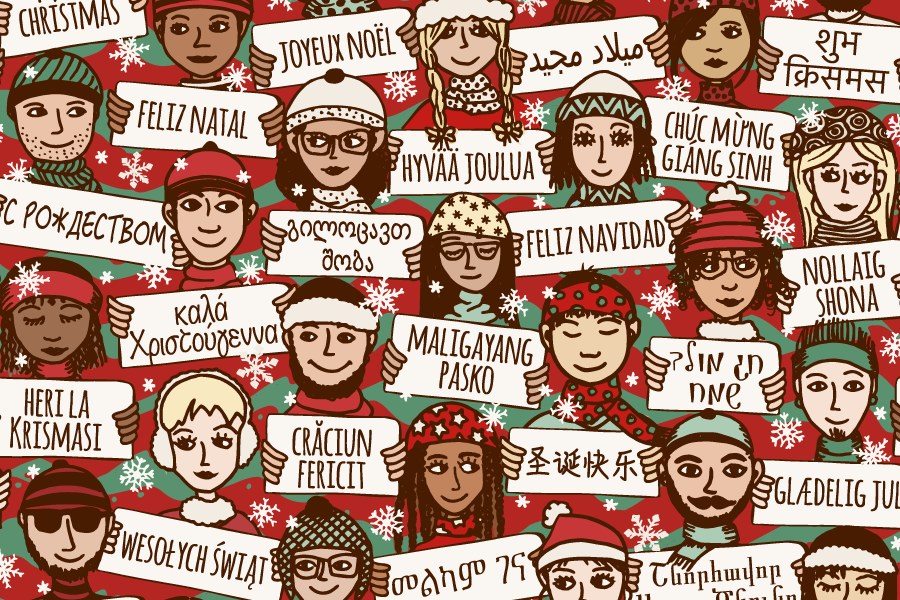 Christmas around the World

Christmas is one of the most celebrated holidays in the world. It is a religious festival that celebrates Jesus’ birth - but even some non-christian countries follow the Santa Claus tradition.

Christmas is one of the most celebrated holidays in the world. It is a religious festival that celebrates Jesus’ birth - but even some non-christian countries follow the Santa Claus tradition. In the endgame, each country that celebrates this date has specific habits that they follow. In this article, we will talk more about them!

Christmas in the United States

In a 2019 Gallup report, data showed that 93% of the American population celebrate Christmas. That is a pretty big number, right? This near universal acceptance of this holiday is seen among all genders, incomes, ages and educational levels. The United States is known as one of the countries with the biggest and most decorated Christmas Holiday out there. Cities like New York are worldwide known for its big Christmas Tree, lights and ice skating rings.

Nonetheless, only 71% of Americans consider Christmas to be a strongly or somewhat religious festival. Therefore, a considerable part of the celebrations in the country are more about Christmas’ popular imagination blended with the Christian tradition.The most popular dishes on this date are roasted turkey or ham. The other dishes depend on the family’s background.

For example, latino families use to make tamales, done from a mixture of corn dough and various fillings. Puerto Rico also hosts parrandas, a celebration where friends go to each other's houses to sing traditional Christmas songs and wake up their friends. Non-Christan cultures, such as Jewish (Hanukkah) and African-American (Kwanzaa) are often celebrated around the same time of the year. Therefore, many Americans treat this period as a “holiday season” that can embrace all kinds of celebrations.

When we think about Christmas, the first thing that comes to our mind is something related to the Scandinavian scenario. Snow, reindeers, a fireplace…It’s not a coincidence that Santa lives in the North Pole, right?

Many countries in Scandinavia have their own traditions when it comes to Christmas. The holiday in Sweden, for example, starts on December 23, when it’s celebrated Saint Lucia Day.A couple of days before Christmas, the country sets up trees around their biggest cities and decorate it with flowers from the region, such as julstjärna. Red and white tulips are also very popular in that matter. On Christmas Eve, many swedishes go to church to celebrate Jesus’ birth.  After that, they return home to eat with their families.

In Denmark, Christmas also starts on December 23. However, Danish people celebrate the date with meals on both Christmas Eve and Christmas Day. Their traditional dishes include goose, duck, red cabbage and potatoes. Did you know that they also have a dessert tradition?Danishes usually serve a rice pudding with whipped cream that contains a whole almond. Whoever finds it wins a treat that can be either chocolate or marzipan.

Christmas is big in Norway, as you could probably imagine. Particularly, Christmas Eve.The celebrations start at 5 PM on this date, when the churches of the country ring their Christmas bells and the population eats dinner. It mainly consists of pork ribs and codfish. For dessert, Norway also has its own traditions. In this case, they serve hot rice pudding and gingerbread, as well as mulled wine and glogg. After that, it’s time to open the presents with the family!

In general, Christmas in Europe starts a little earlier than in America. It is a common tradition among Europeans to have an advent calendar to count down the days until Christmas. Those start on the first day of December. Although Europe is fairly small, there are different ways to celebrate Christmas around the continent. Find out about some of them here!

Christmas in France has its official start on December 6. On this day, children across the country receive candy and gifts from the grown-ups. On Christmas Eve, many people put their shoes in front of their houses' chimneys, in hope that Santa Claus - known in France as Père Noël - will leave some sweets for them. Decoration is also really important for the French Christmas. That is why it is one of the most known cities in terms of Holiday Decoration. It is said that the romantic aspect of the city is even more enhanced at this time of the year.

Germany hosts a number of Christmas fairs and markets during december. Not only does the government decorate the cities, but the population is very committed to it. However, Christmas trees are usually set up only on December 24’s morning. There, Christmas is celebrated on December 25th and 26th, which is known as “Zweiter Feiertag” (something like “second celebration”). On this day, many families go together to church, as it is also a public holiday in the country.  In south Germany, children write letters to Santa to ask for presents.

Italy celebrates Christmas starting from December 8. That is when the country’s population starts to decorate their houses and put up the Christmas Trees.  It is a tradition in the country to set up a presepe, also known as the Christmas crib scene. This is a tradition that goes back to the XII century in the country. It is also common for italian children to sing on the stepdoors in their cities. Usually, the means on Christmas Eve do not include meat - as it is an ancient Roman Catholic tradition to do so. Instead, they usually eat seafood before people go to the Miss at Midnight.

England is the country that celebrates Christmas the earliest. The decoration for this holiday starts usually in mid-november and many families decorate their houses with lights, leaves and Christmas Trees. Christmas itself is celebrated on December 25th and 26th, as both are national holidays. Gifts are exchanged on December 26. The country’s favorite dishes for this date are roasted turkey and potatoes, red cabbage and brussels sprouts. It is also a tradition in the country to organize and give food to homeless people and shelters.

Due to its position on the globe, Christmas in Latin America is during Summer. As much as this is not the way we traditionally think about Christmas, the region has its own way of adapting to their climate reality. Latin American countries also set up decorations for the date, as well as Christmas Trees - usually made out of plastic. “Las Posadas” is also a popular celebration throughout this period. It is a 9 nights celebration where people dress as Mary and Joseph, reenacting the moments before Jesus was born.

It is a particularly common celebration in Mexico, Honduras and parts of the southwestern United States.  Today, more than 2 billion people in over 160 countries consider Christmas to be one of the most important dates in the calendar. Hence, every country has its own special way of celebrating it. The date is a great opportunity to gather around with your friends, family and loved ones to cherish and remember the moments you had during the year. Most of all, Christmas is a celebration of love - that is why it is so popular across the world.

At Bureau Works we count with professionals from different backgrounds that can help you translate your content to a specific audience. Contact us to know more about our services!