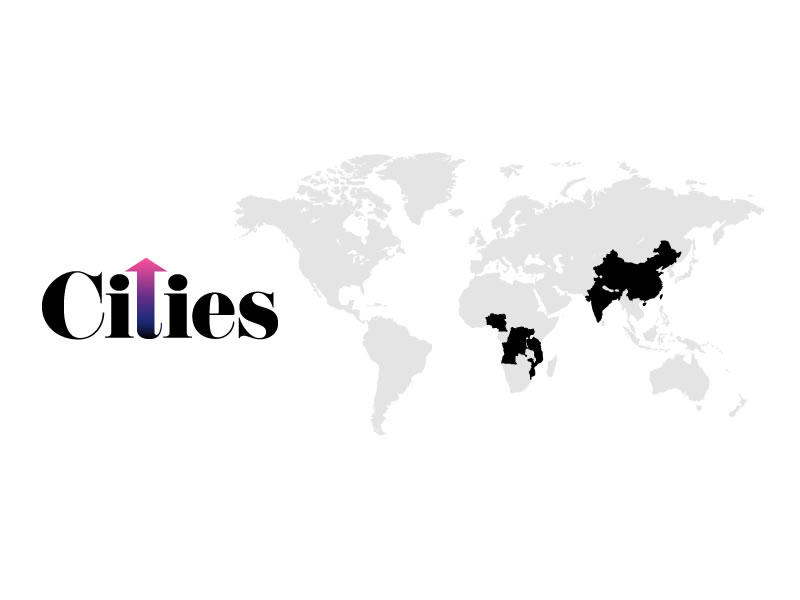 The fastest growing cities in the World

Of course, some cities around the world are growing faster than others. To help understand which regions have a higher growth rate, the United Nations analyzed data from all around the globe to understand who were the top 20 fastest growing in the world. By measuring this, the UN could estimate the average annual growth rate of the cities from 2020 to 2025.

The cities that present a bigger growth rate are located mainly in Africa. 17 out of the 20 cities on the list are in the continent - and 4 are only in Nigeria! The Democratic Republic of Congo and Angola each have 3 cities on the list. This is mostly due to the high birth rate the region has. A 2019 World Bank research showed that the fertility rate in Sub-Saharan Africa was 4.6, while it is 2.4 in the global panorama.Nigeria, in particular, is one of the strongest economies on the continent, since it is mainly based on petroleum. Due to the country’s young population and high birth rate, Nigeria has a rising workforce. As much as it can sound like a blessing, there are also some downsides to it, especially because of rural exodus - which, in turn, creates bigger cities. This, in turn, leads to less farming area, and the country now faces the possibility of having to import basic food staples. All the 3 cities outside of Africa on the list are in Asia - one in Bangladesh, one in China and another Indian city. As much as this can be surprising to most people, even though China is one of the biggest countries in the world, it has a fairly small birth rate. Something that was mainly due to the Chinese one-child policy, which was only recently discontinued. But it is not all fun and games for the fastest growing cities in the world. A big population also means that the places will have to adapt their space in terms of infrastructure. This will also lead to significant changes in the city's mobility and sanitation. If not done correctly, the cities’ growth will most likely lead to pollution, high costs of living, and overcrowding.

See below the complete list published by the United Nations on the fastest growing cities worldwide.

Source: Visual CapitalistIt is interesting to notice that most cities on the list are not the capitals of their respective countries. In fact, Kampala, in Uganda, is the only capital presented on the list.

As you can see, all the cities on the list are above the 5% Annual Growth Rate, something that is significantly higher than most cities in Europe. The fastest growing city in Russia, Balashikha, has a growth rate of 2.01%. In accordance with that fact, the growth rate of the top 20 fastest growing cities in Europe range from 0.99% to 2.01% - almost half of the pace happening in Africa. This, coupled with the older population that live in the region, can mean future problems for the countries’ workforce.

Paired with the phenomenon of increasingly bigger cities, here comes another new concept: megacities. As the name suggests, “megacities” are simply cities with much more population than other ones. Usually, this means more than 10 million people living in each one of these cities. Even though the biggest cities of the world will soon be concentrated in Asia and Africa, there are megacities in all other continents of the world, such as São Paulo, in Latin America, and Paris, in France. In fact, Brazil, China, Russia, China, the United States, Japan, and Pakistan are the only countries that currently have multiple megacities.

What does it mean?

Okay. Now you know that Africa and Asia are outpacing growth in other regions. But what does it mean? Basically, this can be a sign of an important economic shift, where the megacities will play a more important role in the world’s economy.That is because, until 2050, it is expected that Sub-Saharan Africa will be home to almost 2 billion people - most of them below the age of 25. As each country will struggle to employ all its population, this number represents a vast labor force not only for the region, but also for other continents. This also represents an opportunity for growth and innovation. Actually, during the pandemic, the African continent has already begun to explore and capitalize digital advances in traditional and new sectors. With such a huge number of people living in the region, Africa is becoming more and more interesting for other countries to make business. For example, China is already investing in infrastructure projects in the region. Other places, such as the NATO countries, are also committed to investing huge amounts on the continent.