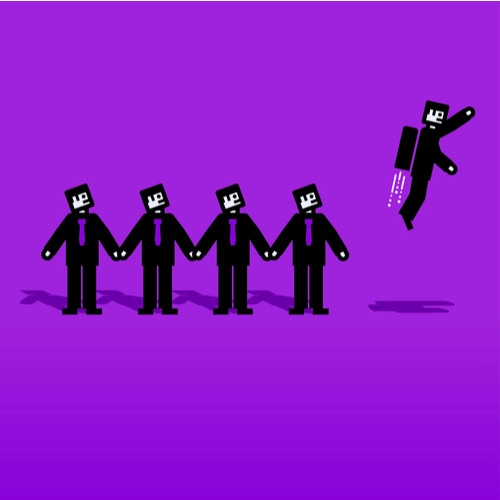 For mobile developers, UI localization could be the most crucial step in getting your app to succeed in the global marketplace.

For mobile developers, UI localization could be the most crucial step in getting your app to succeed in the global marketplace. The following UI localization best practices will ensure that you avoid all of the standard mistakes many developers and product managers make at this stage. From design to translation to implementation, these are the tactics that will keep your localization process efficient, cost-effective, and on pace with the deadlines of your global launch.

1. Design with internationalization in mind.

When most people look into the process of UI localization, they’re already past the point of fulfilling this best practice—but it’s absolutely critical to include in this list. Even before a company is slated for global growth, it’s always a good idea to design the UI with an international audience in mind. Developers don’t often think about design choices from a non-native speaker’s perspective, but they should. It results in having to disambiguate more than you might normally do, but that leads to a clearer interface in English and an easier translation process later on.Internationalization should be a top priority during the design phase. We recommend thinking about things like text expansion and data formatting now so you don’t have to retrofit later. You may not know where to start with these steps, but you can rest assured that there are localization experts who specialize in getting things right the first time and ensuring global success.

2. Determine if localization is really worth it in all cases.

The truth is, not every product needs to be localized. Even if there are localized versions available, certain products perform better in their original languages anyway. Video games are one surprising example. Software tools for scientists are another. Scientists often operate in the lingua franca of English regardless of which other languages they speak. It would be a complete waste of money to localize a scientific app when the English version would perform just as well and be accepted as a universal standard. In the very beginning of the design process, ask yourself which of your international audiences really want this product UI to be localized. If the answer is “no” for a particular market, you can skip the entire process and still succeed in that locale. In these cases, some attention to marketing localization might be much more valuable.

There are multiple ways to instruct a user to “tap” or “click” within a user interface. Which words are your translators going to use to represent universal concepts such as “login” or “account”? You must make sure that your UI uses the same tried-and-true terms that are used in other apps in that target language. Do your research to discover what those terms might be, and ensure they’re being used consistently by translators throughout the localization process.If you’re looking for a foolproof strategy, consider following this trusted model as you build your term bases and style guides: Microsoft has made all of their UI glossaries public. Use their example as a standard to minimize the effort when developing your own.

You also need to establish standards for the rest of the terminology that will be incorporated into the interface. Every command in the UI is important. Users need a consistent experience that helps them intuit what each command means and where it will eventually lead. Normally, you’d want to prevent disagreements between linguists about which terms to use, but in this case, we encourage full-on debate—at least, during the preliminary stages of defining key terms. Encourage your linguists to battle it out and determine the very best way to phrase each command. Demand that solid research be done on these terms, and take reference points from other native apps. Once you’ve made your decisions, a good translation vendor will help you set everything in stone with comprehensive style guides and ensure your term bases stay up to date.

Marketers (and developers) often like to use clever puns and linguistic tropes when designing UI. For example, an app with a cat logo might incorporate feline-related terms throughout the interface in an effort to be clever and engaging. The problem is, cleverness is one of the hardest things to translate. What may seem obvious to you might not be obvious to end-users in a foreign language or even to the translators who will be localizing your content. You may need to redirect some of that clever creativity so your app is both functional and translatable. Or, if you’re intent on keeping the puns, be sure to supply translators with a clear definition of what each phrase literally means in the metadata associated with each string. The better you prepare your translators, the better your localized result will be—and the better your chances for success in each target market.

Think carefully about the variables and placeholders that exist in the English version of your UI. If those placeholders appear within a phrase, you need to ensure that they’re tagged and protected. Translators often break a UI when they delete a variable or rewrite content that wasn’t meant to be translated. A savvy localization partner will carefully monitor the file parsing process to make sure that when files enter their system, the variables and placeholders are adequately tagged and locked into place. Depending on the language, you may also need to make those placeholders moveable—because if that particular word goes before or after the noun in a sentence, your translators need the ability to make that change.

Most developers don’t realize the full extent of localizable content in their UI. Strings in a code repository are standard, obvious choices for localization. But have you thought about data points that will be pulled from a database?For instance, consider the phrase “Your shipment will be available on [VARIABLE].” That data gets pulled from an engine that supplies “Nov. 30 2021” as the answer. But just because you provide a date doesn’t mean the date itself is recognizable to a foreign audience. That phrase involves an English abbreviation and an American date order and, therefore, should be localized as well.In order to create a smoother user experience, make a diligent sweep of your UI and ensure you’re capturing all types of localizable content.

Even if you’re paying a team of linguists to translate all of your content, there are still valuable uses for machine translation. For one, you can perform test runs in target languages before linguists localize the content, giving you an idea of whether your UI will hold up to content adaptation. Pseudo-localization allows you to run a test build with content from your TMs and machine translation tools so you can see what elements might break in a new language. This step is invaluable. By testing with pseudo-localization, you could catch internationalization errors early enough to avoid retranslating any of your content, saving your company a lot of time and money.

9. Provide context for your translators.

In order to produce high-quality content, translators need context. They need to know where these phrases will live in the UI and how they will look in a live environment. Some localization services employ tools that allow linguists to see the translation live in the app while they’re working, but that often requires the implementation of a software development kit (SDK). Many development organizations aren’t willing to take that invasive step. We prefer using screenshots as an alternative. If you can do a QA run with localized screenshots, even better. It’s also helpful for developers to include metadata in their UI content files so translators can be aware of maximum character restrictions and other real estate issues. If you provide a translator with this context upfront, they can usually come up with a creative way of meeting those requirements.

10. Decide how users will choose their language.

Finally, after fully localizing versions of the UI for specific target markets, you’ll want to consider how users will see the correct language upon download. Will they choose their language during app setup and have the freedom to make changes within user settings? Will your app default to the correct language based on the settings of their OS? If you don’t offer an app version in their native language, which version defaults? These are questions that will help your localized app land with international audiences.Don’t forget the little details! They’re often the most crucial for improving UX across the board.

As you can see, localizing a UI is quite a complex process. Even when developers follow UI localization best practices to the letter, they often run into unexpected issues. That’s why some companies end up creating custom UIs that are native to each of their markets. This is a difficult and costly phase that’s almost impossible to streamline. However, if you have a great localization partner and you’re able to maintain string repositories properly, it’s possible to run different UI localizations for each of your markets. With guidance from an expert and well-equipped localization company, you can do almost anything.At the end of the day, a profitable partnership with a great language service provider could be the most valuable solution for all of the potential issues you might face. The experts are well aware of all the best practices outlined above and can help your team get those processes in place. A partner like Bureau Works would be able to help you problem-solve and eliminate redundancies at every step of the localization process, so your launch goes smoothly and on time. If you’re looking for the best way to localize an app or other product, you’ve found it.UI localization becomes much simpler when you work withBureau Works. Our end-to-end service relies on a powerful localization platform and a suite of back-end services that streamline the entire localization ecosystem.Contact our teamto see what BWX can do for your next launch. 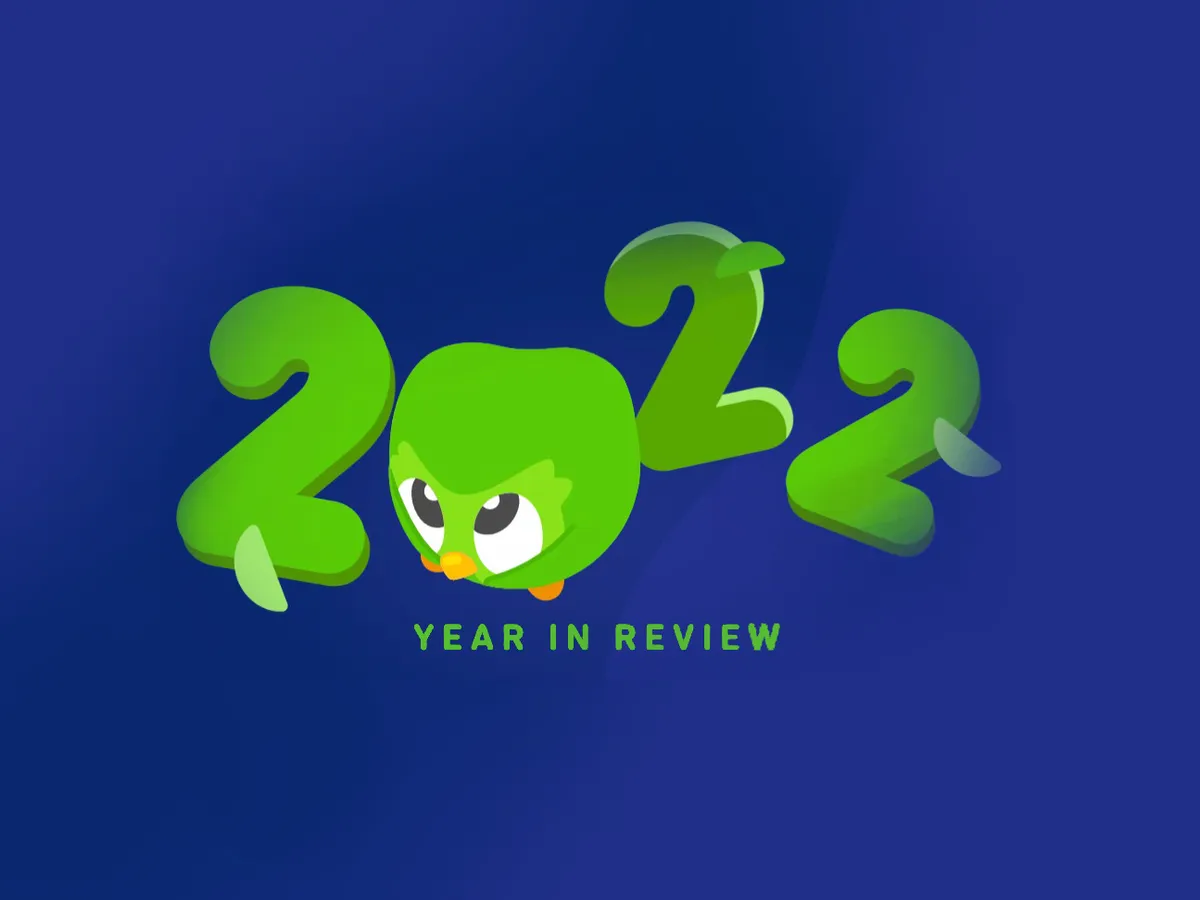 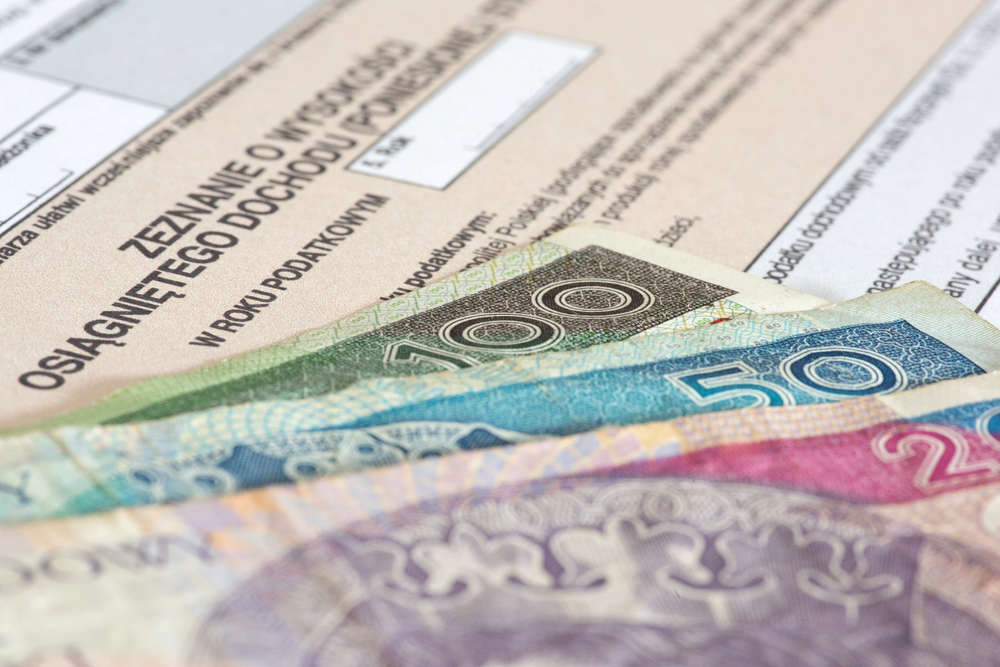 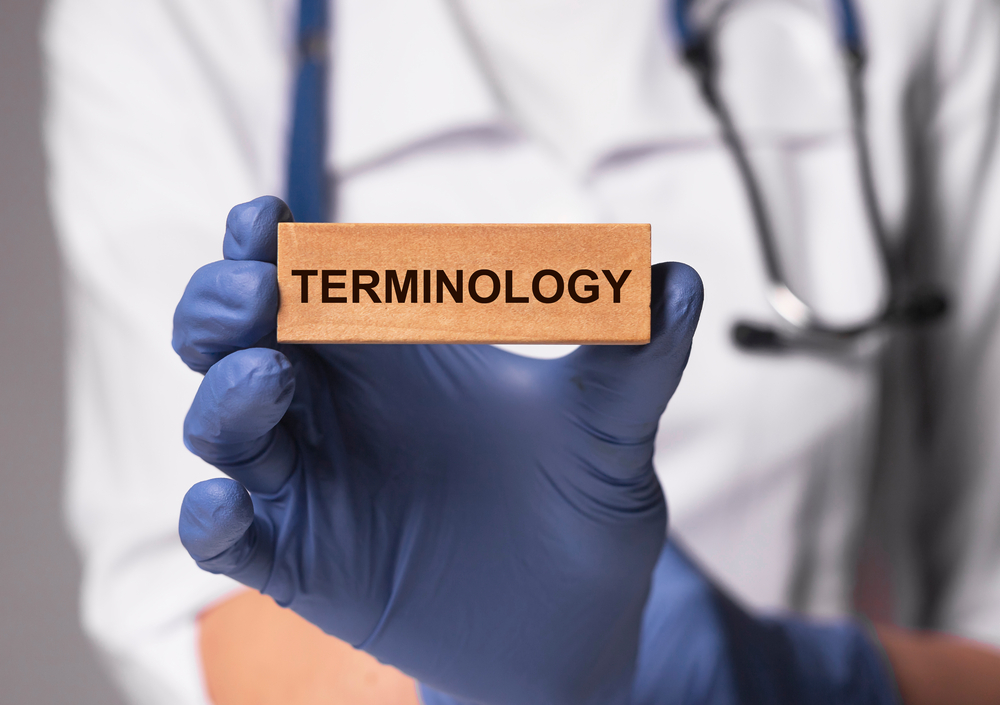 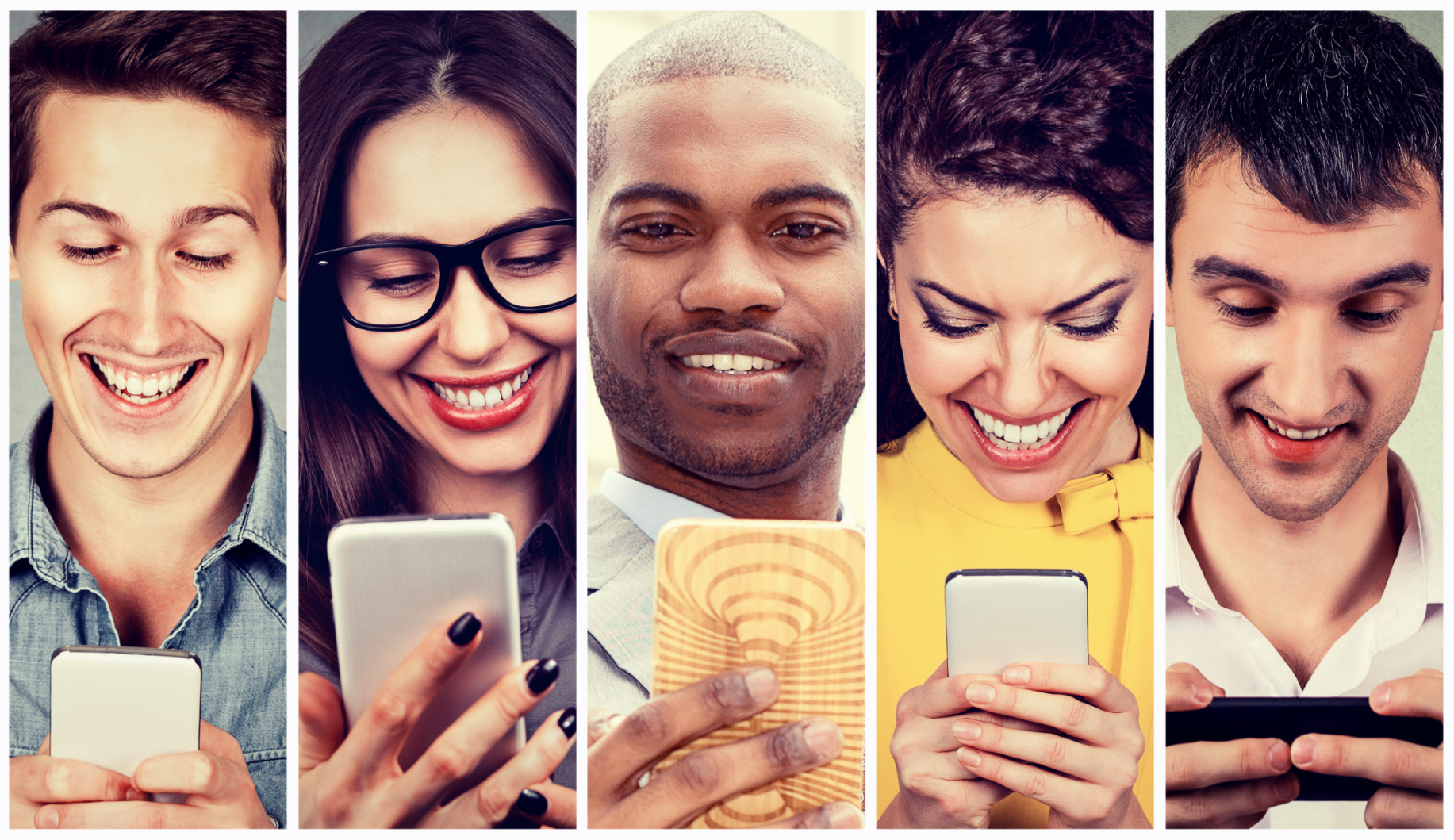 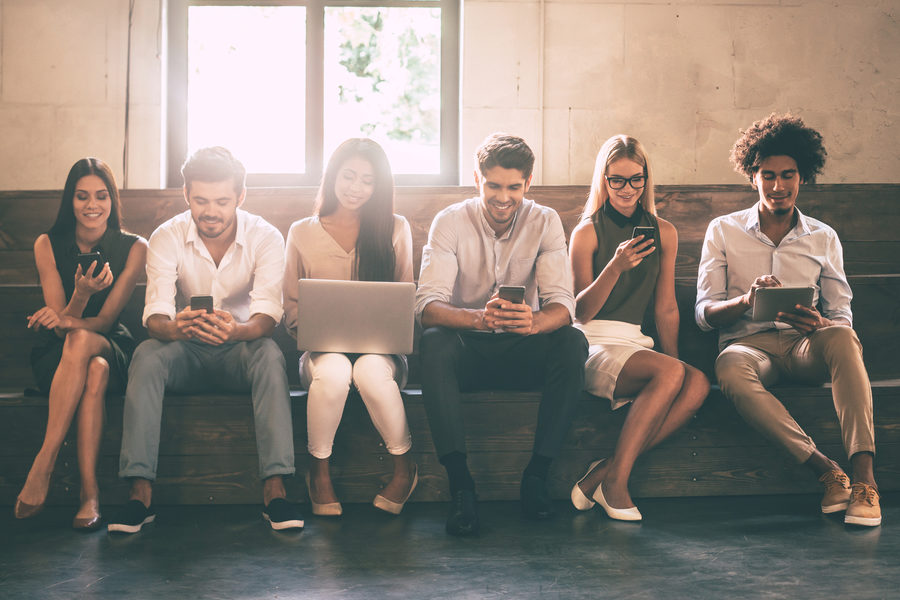 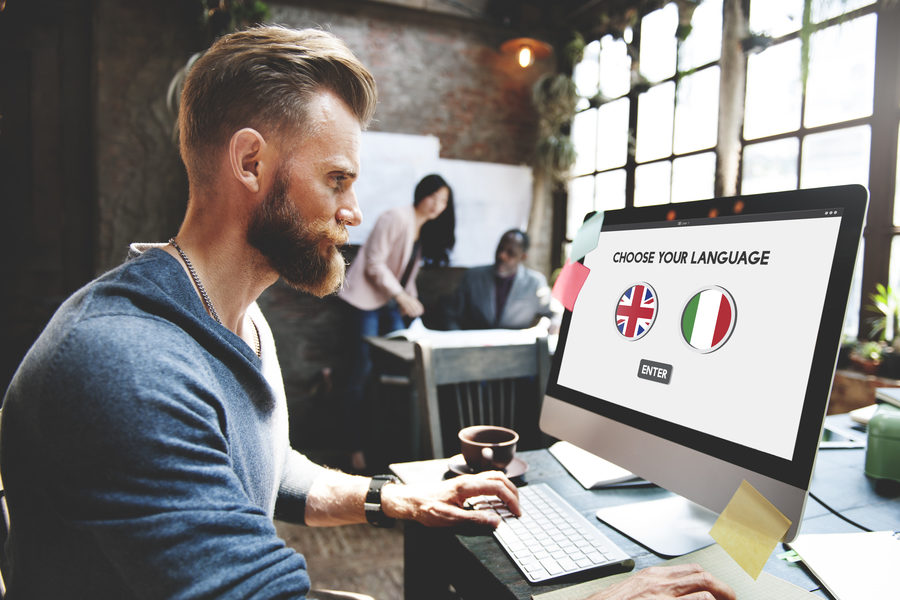 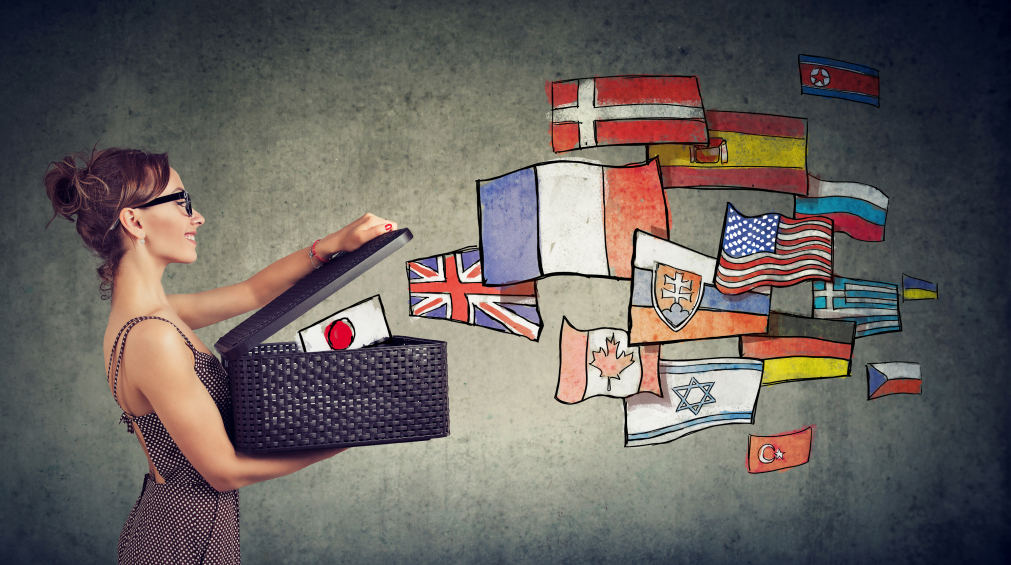 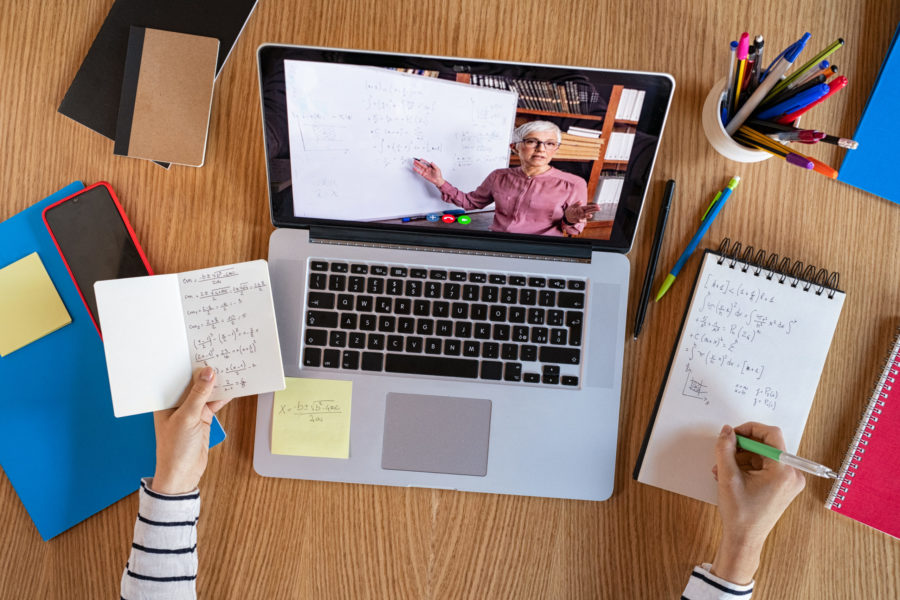