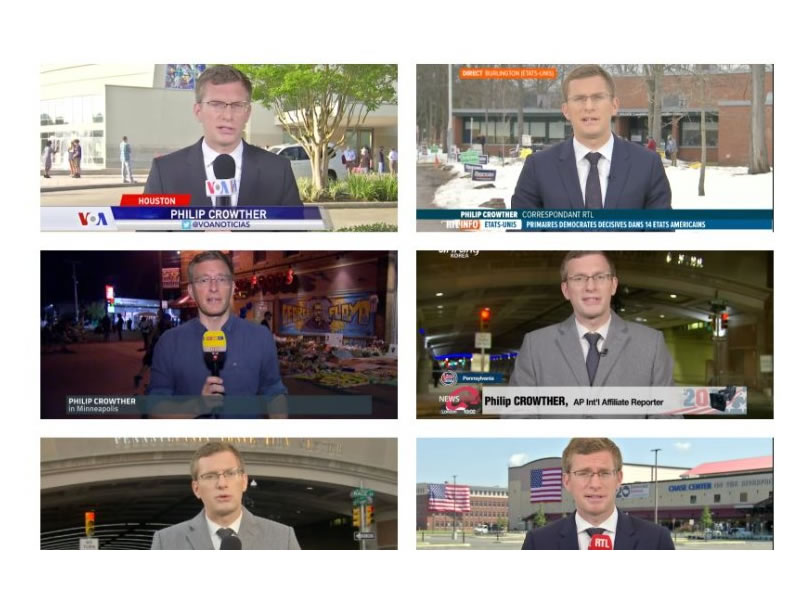 The Polyglot Journalist who shocked the entire world

One polyglot journalist, in particular, went viral on the internet for covering the event in Tokyo in no fewer than six different languages.The international correspondent of the AP News agency.

One polyglot journalist, in particular, went viral on the internet for covering the event in Tokyo in no fewer than six different languages.The international correspondent of the AP News agency, Philip Crowther, became the subject of social media after publishing a video in which he appears speaking German, Luxembourgish, Spanish, Portuguese and English for several television channels around the world. The multilingual reporter broadcasts for the US broadcaster PBS, the German DW, and the French EuroNews, which broadcasts news in at least 16 different languages.Journalists from all over the world have been covering games and matches 24 hours a day, so no sports fan should miss a thing on what's happening in the Japanese capital.

I took my @AP_GMS circus act to #Tokyo2020. In this order: Luxembourgish, German, Spanish, Portuguese, French, and English. pic.twitter.com/v6OyvCYHCc

Who is the polyglot journalist?

The son of a British father and German mother, Philip is 40 years old and was born in Luxembourg, an European country whose official languages are Luxembourgish, French, and German. He is currently in Tokyo covering the event, but he is an international correspondent at the White House, the seat of US executive power, in Washington, DC."I learned to speak Luxembourgish with my friends, and I learned French very early, at school. In college, I added Spanish and Portuguese," he explained, in an interview with the North American broadcaster ABC.Philip also spoke about his experiences as a correspondent reporter, his hobbies outside of work, and the methods for learning so many languages over the years.“At home, my father always spoke English and my mother answered in German”, says the polyglot. According to him, young people studying in the country usually speak four languages, including French and English, taught from the age of 10 and 12 respectively.From the age of 14, he started to learn Spanish and became fluent when he moved to Barcelona at 20. The following year, upon entering a university in London, he decided that it would be a good idea to learn Portuguese. “But for me, French was the most frustrating because it was the first language learned outside the home and with a grammar that isn't very logical.”After graduating in Hispanic Studies from King's College London, journalism came about by accident.

Three years of experience in Paris shortly thereafter led to his current position as an Associated Press correspondent in Washington, DC. “We had the idea together of offering my reports in several languages at big events, like now in Tokyo, and that way I can do a lot of work”, the polyglot journalist sums up.His talent is especially beneficial behind the scenes when communicating with locals in multiple destinations. "I have many friends in different countries because I can speak without a translator by my side."From an early age, sports have been one of his passions. His biggest dream is a mixture of personal and professional passion: being able to one day interview the soccer superstar Lionel Messi. “He's my hero. His answers often aren't interesting because he's a private person, so it wouldn't be a great interview, but I'd love to meet him anyway.” Among the personalities that Philip has already interviewed is the legendary soccer player, Pelé. “He is probably the most famous and important person that I have interviewed in my life, when he was in Angola."Well, Philip is definitely connected through language!#ConnectedThroughLanguage